Excuse me, sir, I have something to say

The first group date card read “Always a Bridesmaid” and the girls were SO excited. I don’t think they quite understood the meaning of the phrase.

The girls got into different wedding “gowns” and had wedding photos taken by “Franco the photographer.” I guess they weren’t acting desperate enough, so the producers decided to have pretend weddings.

Corn kept bragging about how she was the first to kiss Nick and I was just waiting for Liz to come lurking from behind a tree to remind them she hooked up with him.

Brittany got the topless outfit and Corn started flipping out because apparently she thought she looked the most bridal ready in her white bikini top. Her head was exploding this entire date, but nothing that removing her top in the pool couldn’t fix!

The rest of the night she bragged about the fact that Nick grabbed her boobs and “no one ever has before and no one else ever will.” Yeah, because you’re bat shit and this dingus is dumb enough to fall for it.

Predictably, everyone started hating on Corn for stealing more time with Nick and acting like they were surprised Nick liked someone who was so sexual. Really? Because this is his fourth time trying to find love on television. Wake up, ladies!

After a tiff with Taylor, Corn gave some drunken speech about how uncomfortable it’s all going to get and kept slurring “we’re all here for Nick.” Nick is a MORON and gave her the group rose and she told the girls she felt bad that she got the rose. WHAT? WHAT IS HAPPENING? I HATE MYSELF FOR WATCHING THIS SHOW.

Back at the house, the girls were talking about the fact that Corn got the first kiss and Liz was trying to be all coy saying “I didn’t kiss him last night…”
*Cue to confessional* I kissed him 9 months ago. Hehehehehehe.

She ended up telling Christen that they hooked up and described it as “awkward.” Christen seems like one of the ditzier girls on this show and even she was confused as to why Liz didn’t give Nick her number when he asked. We all know why.

Danielle M. got the one-on-one date and they went on a helicopter ride and landed directly on a yacht. Not to be out-staged by the hot tubs in the woods and stores on recent seasons, they sat in a hot tub on the yacht, because these producers have zero creative brain cells. We found out that Danielle M. was engaged and her fiance’ overdosed on drugs. They always have to throw in a sad story that makes me feel bad. Danielle asked Nick about his past relationships because she said she only watched Bachelor in Paradise. So, she was pretending she didn’t even Google him? In 2016? How quaint. No surprise – Danielle gets the rose!

The second group date was with Josephine, Jaimi, Liz, Astrid, Kristina, and Christen. They went to a museum that held relics of “broken relationships” and the story behind them. It was basically a storage unit with things like old shampoo bottles from people with hoarding issues. I don’t know why something like this exists and I don’t know why they went there. Oh wait, it’s because Nick had something there – the engagement ring he got for Kaitlyn. And a rose. WUT. WHAT? WHY?

IT GOT WORSE. There was some random fake break-up happening that they all watched. I didn’t understand. They were then told that they’d have to act out fake break-ups because it’s the only thing Nick can do well. They all made-up lame fake arguments and Josephine just stepped right up and immediately slapped him.

True to form, Liz figured out a way to be irritating as shit. She read from a diary that probably took months to write and told Nick the actual story of their meeting (NINE MONTHS AGO!!!) It was incredibly uncomfortable and Nick told us he was “living his nightmare.” Just what you want the guy you’re dating to say about you.

We found out that Jaimi dated a girl and Nick just grinned like a creep.

Christen told Nick that Liz shared their story and he finally actually talked to Liz about it. He again asked why she didn’t contact him in the past – you guessed it – NINE MONTHS. This was the gist of their conversation:

Nick told the rest of the women about Liz and why he sent her home. And then their reactions got cut off and we got a “To Be Continued…” UGH.

Here’s hoping for some original material next week, but I won’t hold my breath.

Until next week, my friends.

4 thoughts on “The Bachelor Nick, Week 2: Corn, Boobs, and We Hooked Up Nine Months Ago” 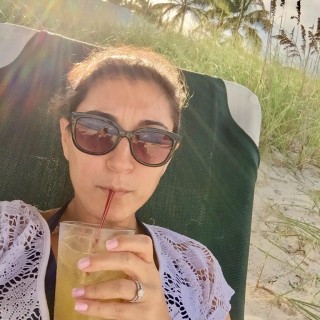 I'm a technical copywriter by day and wanna-be comedian blogger by night. I hope you enjoying reading about The Bachelor(ette), life as a newlywed, pet peeves like people with lack of personal space, and celebrity obsessions - but mostly The Bachelor...